Tuesday, February 15, 2023, from 12 PM to 1 PM EST – this event is exclusive for employees of our Proud Partners and Community Partners.
Live Captioning will be provided by 3 Play Media Canada. 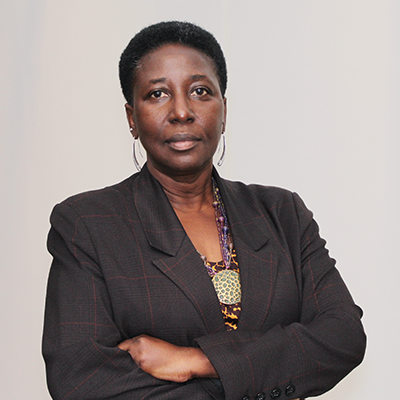 Debbie Douglas is the Executive Director of OCASI -the Ontario Council of Agencies Serving Immigrants. Through her work in the NGO sector and particularly at OCASI, Ms. Douglas has highlighted issues of equity and inclusion including race, gender and sexual orientation within the immigration system and promoted the creation of safe, welcoming spaces within the settlement and integration sector.

A well-known face in Ontario and across the country, Ms. Douglas is often called upon by governments to share her expertise. Ms. Douglas is a member of the Immigration and Refugee Advisory Committee of Legal Aid Ontario and the federal government’s National Settlement & Integration Council. She co-chairs the City of Toronto’s Newcomer Leadership Table and was appointed as a member of the provinces roundtable on Violence Against Women, and co-chaired the provincial Anti-Black Racism subcommittee. She is also currently on the Toronto Community Housing Corporation Board of Directors, and was most recently was appointed to the Stephen Lewis Foundation Board of Directors.

She has been the recipient of several awards including the Women of Distinction from YWCA Toronto (2004); the Amino Malko award from the Canadian Centre for Victims of Torture (2008) and the Urban Alliance on Race Relations Anti-Racism Award (2014).

This event is exclusive for employees of our Proud Partners and Community Partners. If you would like to register after the deadline, please send an email to info@prideatwork.ca.