Toronto is Canada’s largest city, the fourth largest in North America and home to a diverse population of approximately 2.8 million individuals. Consistently ranked one of the world’s most livable cities, the City of Toronto is a global centre for business, finance, arts and culture. Human Resources is a critical function within the City’s complex multi-site, multi-division, multi-stakeholder and union and non-unionized environment. A team of approximately 33,500 employees are the driving force behind the City’s ability to provide programs and services to residents, business and visitors to this community. The City recognizes that diversity is our strength and is committed to reflecting the diversity of the population it serves in its workforce. The City is also committed to championing equity, inclusion & reconciliation.

Vision for the future

City strives to ensure an environment of equality in the government and in the community for all people regardless of their race, ancestry, place of origin, colour, ethnic origin, disability, citizenship, creed, sex, sexual orientation, gender identity, same sex partnership, age, marital status, family status, immigrant status, receipt of public assistance, political affiliation, religious affiliation, level of literacy, language and/or socio-economic status. The City of Toronto continuously implements positive changes in its workforce and communities to achieve access and equality of outcomes for all residents and to create a harmonious environment free from discrimination, harassment and hate. 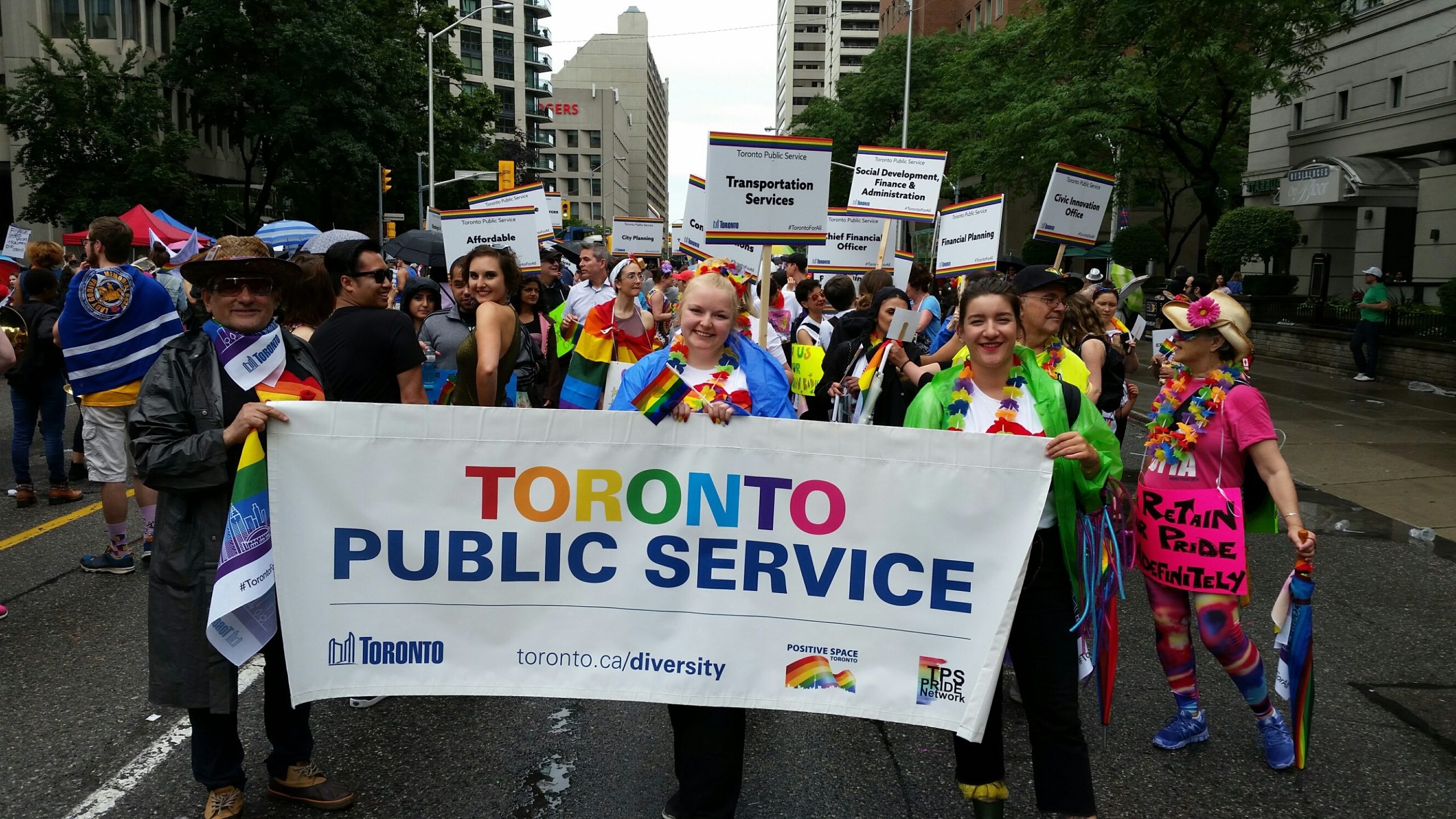 City staff at the Toronto Pride parade in 2019


Check out some Executive Opportunities at the City of Toronto.

Check out the Public Appointment Opportunities at the City of Toronto.